The Eagles' Taylie Scott scored 23 points to pace the Eagles to a 67-59 victory over Ada-Borup/Norman County West. 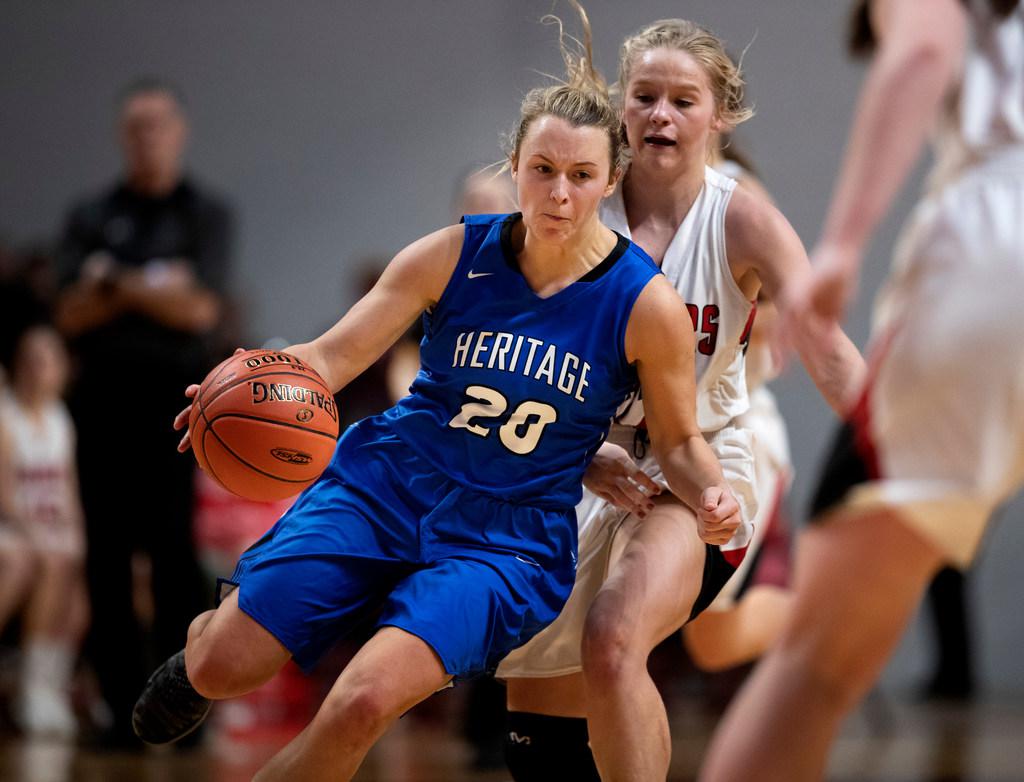 “We put a big emphasis on coming out strong,” said Eagles senior guard Taylie Scott, who had a game-high 23 points, six rebounds and three assists. “It really fueled us. We wanted to get them down early.”

Heritage Christian executed to perfection in the opening 4 minutes, 20 seconds, building a 16-1 lead. Sophomore guard Taylor Schuck scored nine of her 16 points during the fast start and Scott had five.

“They did no wrong, and hit every shot,” Cougars coach David Smart said. “We dug ourselves too big of a hole.”

A state-tournament seasoned-squad guided by Smart didn’t panic. The Cougars closed to within one point, 21-20, with five minutes left in the first half. They trailed 37-29 at the intermission after Scott swished a three-pointer just inside the half-court line at the buzzer.

“We knew they would come back at us with a flurry,” Eagles coach Lori Crellin said. “Our girls showed a lot of composure every time they made a run.”

The Cougars pulled within two, 56-54, on sophomore guard Rachel Arends’ three-pointer with six minutes left. Heritage Christian responded with the next 10 points to regain control.

“I thought our defense was better in the second half,” Crellin said. “We never panicked.”

Junior guard Kirstin Robbins carried the No. 8-ranked Eagles (27-2) in the second half, scoring 14 of her 18 points. She was 5-for-9 from the floor and 3-for-4 from the free-throw line after halftime.

“I saw my defender wasn’t quick on her feet, and took it to the hoop,” Robbins said. “I was always looking to drive.”

“The amount of energy it took to comeback is what cost us,” Smart said.

Senior guard Taylie Scott had a game-high 23 points for the Eagles. Teammate Kirstin Robbins added 18 points and Taylor Schuck had 16.

The Cougars were led by junior forward Kora Kritzberger’s 21 points.

Check back later for more on Thursday's game.