Class 2A story lines: The Borowicz factor continues at Roseau

Roseau is making its fifth consecutive state tournament appearance and, per usual, has a Borowicz or two leading the way. 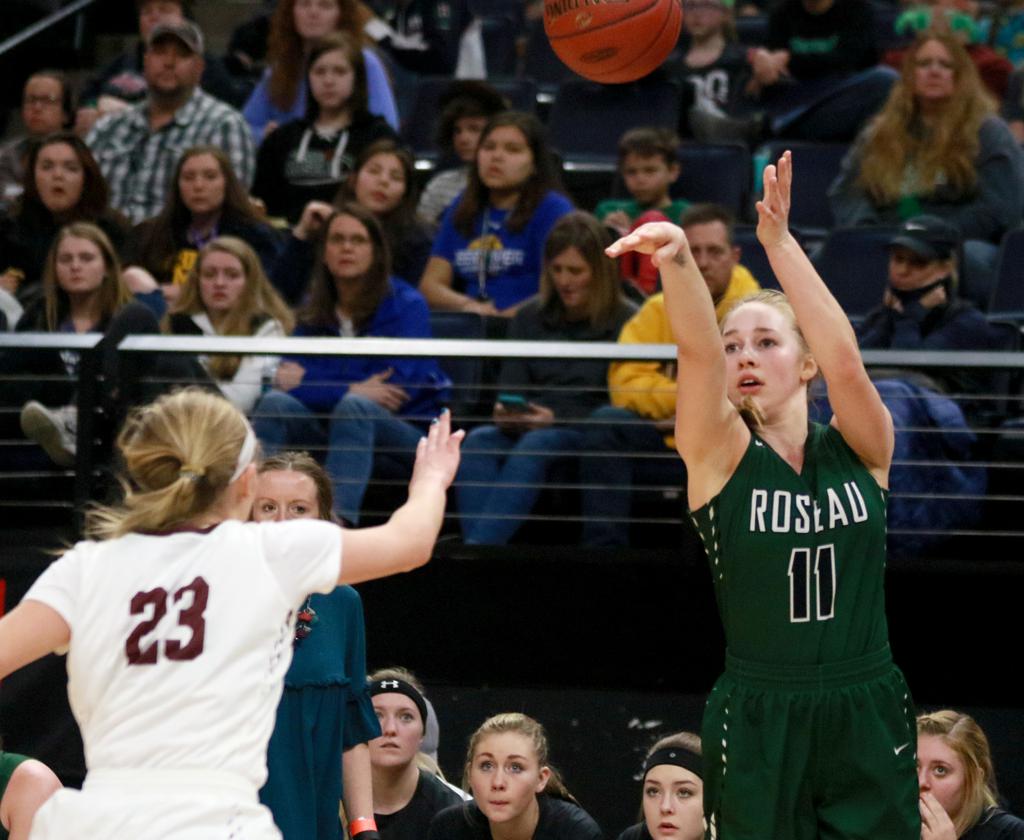 Roseau's Kacie Borowicz (11) hits a three point shot while covered by Sauk Centre's Maesyn Thiesen (23) during the second half of Sauk Centre's 63-52 win over Roseau in the 2A girls' basketball state championships Saturday, March 17, 2018, at Target Cent

2. Defense at the forefront

If you prefer to see offense, take in the quarterfinal matchup between Roseau and Redwood Valley. Points will be at a premium in other three quarterfinal games. None of those six teams even allow 50 points per game. Holy Family is the stingiest of the group at 42 points per game. The Fire, Caledonia and Albany didn’t even allow their opposition to reach 40 points in the section finals.

There are only four ranked teams in the field — Roseau, No. 4 Minnehaha Academy, No. 5 Holy Family and No. 9 Caledonia — but that doesn’t keep the Saints from being an underdog. They were the fourth seed in the south subsection of the Section 2 tournament. Coach Bob Southworth’s squad was 4-8 at the midway point of the season, and on a five-game losing skid. It has since won 12 of 14 games.