Class 3A story lines: Despite injuries, DeLaSalle on top

The Islanders can boast arguably the field’s deepest roster, but for much of the season they couldn’t use it to its fullest potential. 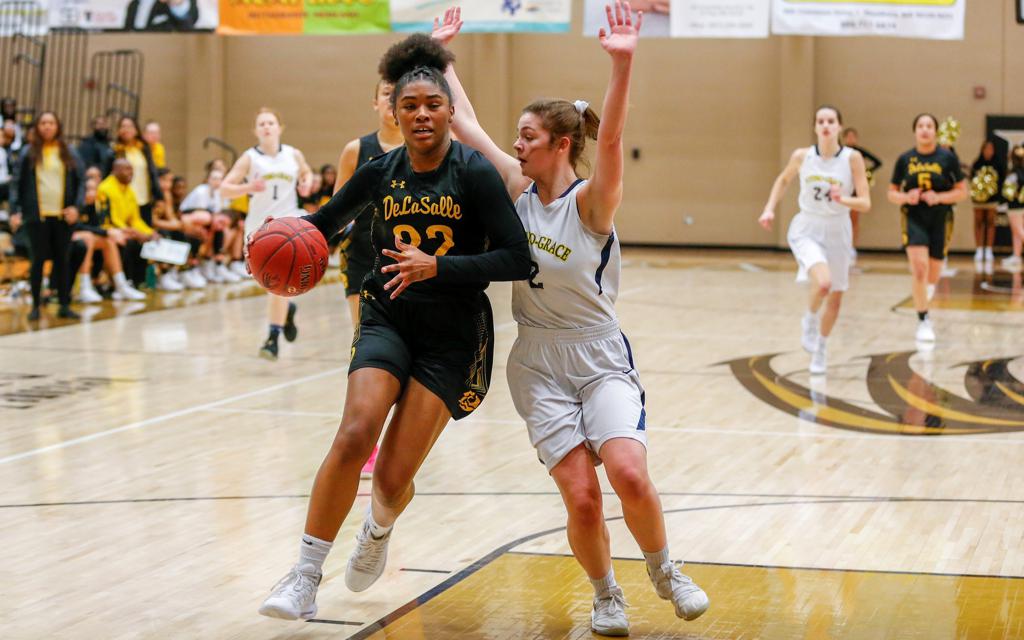 DeLaSalle's Nurjei Weems goes to the basket on a fast break as Totino Grace's Arianna LaPanta defends. Weems finished with 14 points in the Islanders' 65-49 victory over the Eagles in their Class 3A section final. Photo by Jeff Lawler, SportsEngine

The Islanders can boast arguably the field’s deepest roster, but for much of the season they couldn’t use it to its fullest potential. Senior forward Elaina Jones, a 1,000-point scorer, injured her knee at the start of the season and hasn’t played since. Key players Nora Francois and Sydney Runsewe, also recovering from knee injuries, didn’t make a significant impact until midway through the season. While Jones is done for the season, the others have made strong comebacks and make the Islanders, led by senior Mary Claire Francois and junior Nurjei Weems, a matchup problem.

After winning the first basketball state championship in school history last season, Cooper drew attention at the start of this season. Despite returning the nucleus of its roster, the Hawks lost five of their first six games and six of their first nine. But most of those losses were to quality programs such as Holy Angels, Minnehaha Academy, Wayzata, Hopkins and Centennial. Since Jan. 1, Cooper has gone 16-2 and put together an 11-game winning streak. Cooper appears to have figured out how to play, and win, when you’re every opponents’ “big game.”

If any team had a reason to take issue with its place in the brackets, it would be Hibbing. The Bluejackets have a 27-2 record, with both regular-season losses coming to Grand Rapids. The Bluejackets avenged those two losses when it mattered most, defeating Grand Rapids 55-48 in the Section 7 final. Yet Hibbing wasn’t seeded and drew top-seeded DeLaSalle in the quarterfinals.