No. 2 seed Stillwater's depth too much for Shakopee

Even showing early-game jitters and without their big guns scoring much in the first half, the Ponies eventually wore down the Sabers en route to a 73-48 victory. 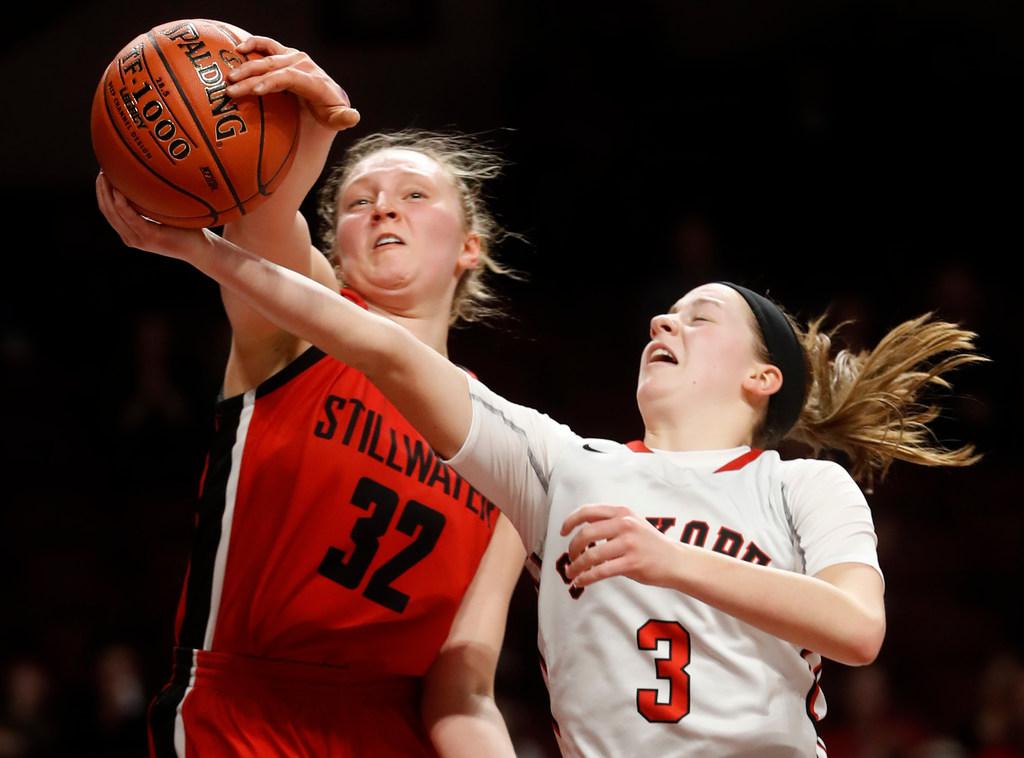 Even with an admitted case of state-tournament nerves, Stillwater proved to have too much for Shakopee, pulling away from the Sabers in the second half en route to a 73-48 Class 4A quarterfinal victory.

“The whole team was jittery, including the coach,” said Stillwater coach Willie Taylor, who has coached in seven previous state tournaments, six of them with St. Paul Central. “For these kids, it was the first time. I think we were playing tight.”

Taylor said his biggest concern early was the Ponies’ inability to generate turnovers with their pressure defense, something that doesn’t happen often.

“We didn’t want to get into the passing lane like we do,” he said. “That helped Shakopee stay close early.”

Eventually, the Ponies simply wore down the Sabers, in the second half looking more like the team riding a 21-game winning streak than it did in the first. Gopher recruit Sara Scalia settled down and showed off her various skills, and the speed of her hummingbird-quick backcourt mate Alexis Pratt frustrated Shakopee’s ballhandlers.

“Poor Jaley Colpin, who handled the ball for us about 90 percent of the time,” Shakopee coach Juan Mitchell said. “They dogged her and dogged her and we didn’t have anyone else capable of making plays.”

“She was the key to the victory,” Scalia said.

Stillwater's depth proved vital in the first half, helping the Ponies to a 12-point halftime lead despite getting just nine total points from their big twosome of Sara Scalia and Liza Karlen. Their transition offense helped build the lead to more than 20 points in the second half of a 73-48 victory over Shakopee in the Class 4A quarterfinals Wednesday at Williams Arena.