Paige Bueckers is the Star Tribune Metro Player of the Year

The Hopkins junior is the sixth player to win back-to-back honors. But more important to her is what she and her teammates want to win this week. 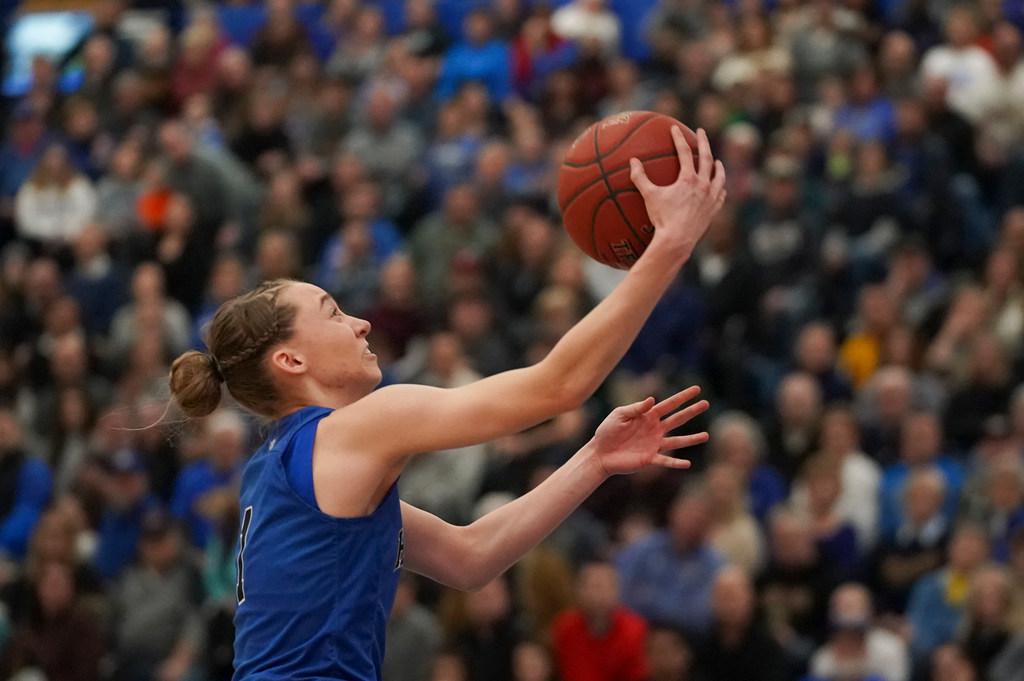 “Team awards are way more important to me than anything individually. I want to win a state championship with my teammates.” -- Paige Bueckers

Heap all the individual honors and awards you want on Hopkins stalwart Paige Bueckers. It’s not what drives this elite talent.

“Team awards are way more important to me than anything individually,” said Bueckers, a junior guard. “I want to win a state championship with my teammates.”

The Star Tribune Metro Player of the Year for the second consecutive year has played in three straight Class 4A state championship games. Each time the Royals finished with the runner-up trophy.

“There isn’t a day that goes by where I don’t think about it,” said Bueckers, who gets another shot to end that streak when the Royals begin state tournament play Wednesday. “I’m using that as motivation.”

Bueckers becomes the sixth player to win the honor back-to-back years. She became the first sophomore to earn the honor a year ago.

“Paige is a really, really good all-around player,” Hopkins coach Brian Cosgriff said. “I think the closest thing to her was Tayler Hill.”

A Minneapolis South standout, Hill was one of the back-to-back winners (2008, 2009) of the Star Tribune Metro Player of the Year. She had an excellent four-year career at Ohio State and currently is a member of the Dallas Wings in the WNBA.

“Tayler was very mature for her age and a winner,” Cosgriff said.

There is no doubt Bueckers is a winner. The Royals have compiled a 117-8 record since she became a member of the squad as a thin, 5-7 eighth-grader. She is now a strong 6-footer.

“Paige has already had an amazing career,” Cosgriff said.

Bueckers needs 118 points to become the school’s all-time career scoring leader, a mark held by Leslie Knight with 2,335 points. “She has had to carry the load for us since ninth grade,” Cosgriff said.

The maturity aspect is still a work in progress. Her body language leaves something be desired at times, and she can be caught grumbling into her jersey about a call.

“I still really need to work on my body language after missed shots or calls,” Bueckers said. “I always think I’m right, and have to get in the last word.”

Which, in retrospect, has helped her become a much better team leader.

“I’m am upperclassmen now, and need to be a leader,” Bueckers said. “I’m talking more, and doing a lot better job in that regard.”

Bueckers is at her best leading a fast break, and having her teammates filling the lanes.

“She is great in transition,” Cosgriff said. “You better be ready for a pass or it’s going to hit you in the head.”

Her signature move, an in-and-out crossover into a pull-up jumper, can leave defenders sprawling on the court.

Her best performance of the season was a 43-point effort in a 69-66 victory over No. 2-ranked Wayzata.

“She was as good as advertised that night,” Wayzata coach Mike Schumacher said. “She scored every way imaginable. She was terrific, and did it all.”

Bueckers is one of the five finalists for the Naismith High School Girls Player of the Year. The award will be announced Friday by the Atlanta Tipoff Club. She is the lone junior in the group.

“To be in that group with four of my Team USA teammates is amazing,” said Bueckers, a member of the 2018 USA women’s under-17 World Cup Team last summer that won the gold medal in Minsk, Belarus. “It’s a huge honor.”

One that could be exceeded a day later when the Class 4A state champion is crowned.

“That is the ultimate goal,” Bueckers said.