Jaley Coplin’s three-pointer with 2:11 left in the second half broke a 37-37 tie and gave the Sabers the lead for good. 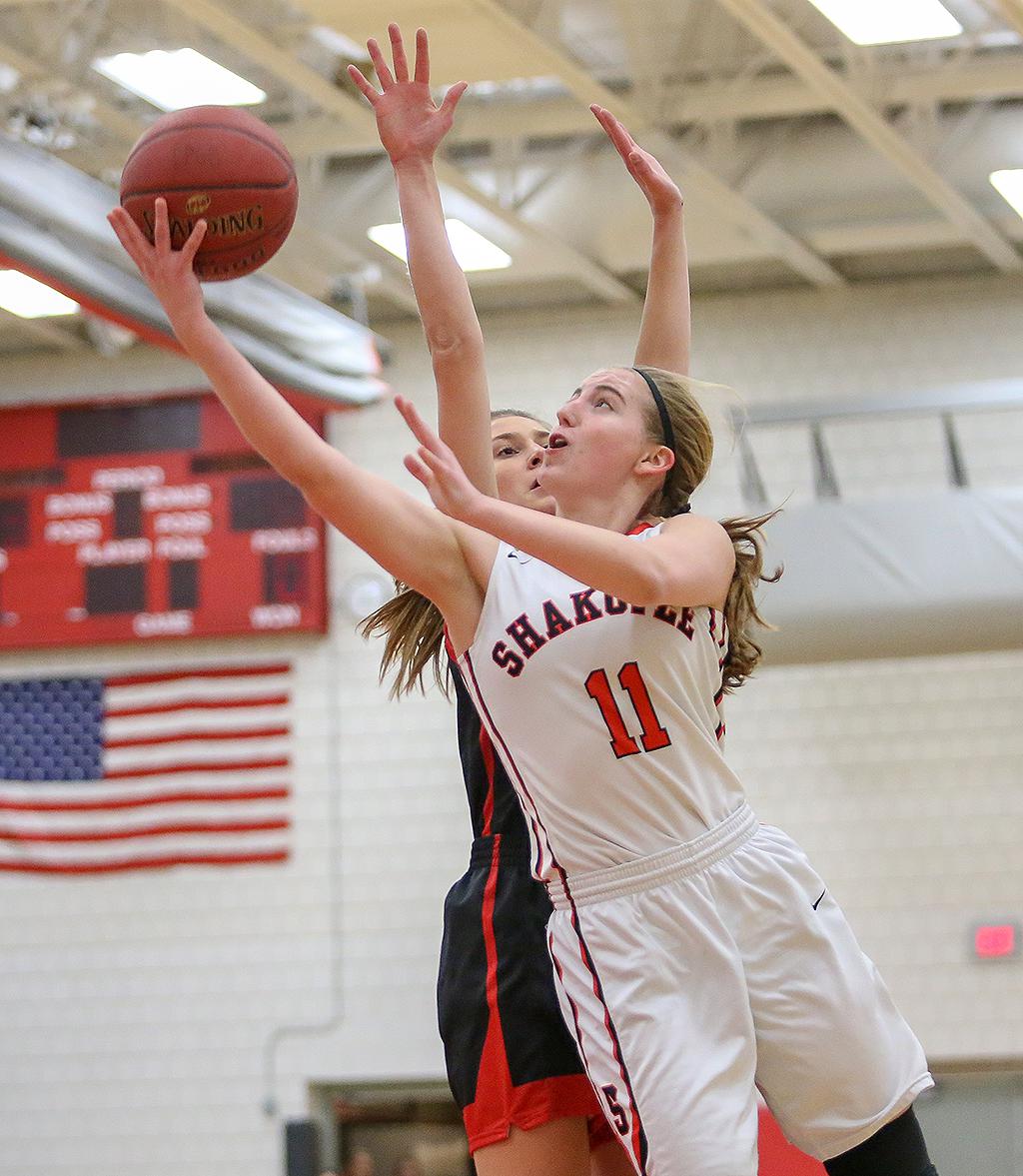 Jaley Coplin (11) drives the lane in the first half. Her three-pointer with 2:11 left in the game gave the Sabers a 40-37 lead. Shakopee beat Eden Prairie 41-39 to capture the Class 4A, Section 2 title at Eden Prairie. Photo by Cheryl Myers, SportsEngine

The sound was music to Juan Mitchell’s ears.

When the Shakopee girls’ basketball coach entered the Eden Prairie gym ahead of Friday’s Class 4A. Section 2 championship game, he heard his players singing their unofficial team song, “Glorious” by Macklemore.

“I knew we were loose,” Mitchell said.

The Sabers then went out and proved it on the court, outhustling and outplaying No. 1-seeded Eden Prairie for most of the game en route to a 41-39 victory.

Losing its last three games of the regular season saddled Shakopee with nine losses and the No. 3 seed in the section. But Mitchell felt that seeding didn’t accurately reflect the team he knew. Even though five of Eden Prairie’s six losses on the season came at the hands of the top three teams in Class 4A – twice each to Hopkins and Wayzata and a loss to Stillwater – Mitchell felt like the Sabers were anything but underdogs.

“Our last four games [of the regular season] were against South Suburban Conference teams Lakeville North, Apple Valley, Farmington and Eastview,” he said. “That’s four of the best teams in the state. The South Suburban is the best basketball conference there is.”

After a slow start, Shakopee (20-9) started attacking the Eden Prairie defense. The Sabers’ athleticism proved difficult for Eden Prairie to handle as they built a 23-21 halftime lead. 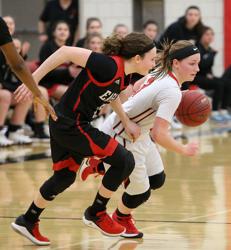 Shakopee, brimming with confidence, went on a 9-0 run early in the second half to extend that lead to 32-23 before Eden Prairie scrapped its tall lineup and went with a smaller, quicker crew.

The Eagles (21-7) subsequently rallied and took a 35-33 lead when freshman Nia Holloway hit a shot off the glass.

But Shakopee never wilted. With the score tied 37-37 and less the two minutes left, senior guard Jaley Coplin found herself open on the wing with the ball in her hands. She let fly with a shot that hit the rim and fell through for her third three-pointer of the game, giving Shakopee a 40-37 lead it would not relinquish.

It wasn’t Coplin’s first game-winner this season, but she admitted she’d never hit a bigger shot.

“I’m a shooter. That’s what I do,” said Coplin, who finished with 13 points. “I put so much time in the gym. That’s what I live for. That’s the biggest shot I’ve ever made. It feels amazing.”

Shakopee, underdogs going in but gaining confidence every minute, upset top-seeded Eden Prairie 41-39 to win the Class 4A, Section 2 championship.

Jaley Coplin’s three-pointer with 2:11 left in the second half broke a 37-37 tie and gave the Sabers the lead for good in the game played Friday at Eden Prairie.

The Eagles cut the deficit to one, 40-39, on a put-back by Nneka Obiazor. Brooke Lewis missed a runner for Eden Prairie with 16 seconds to go and Shakopee’s Sophie Moran added a free throw for the final score. 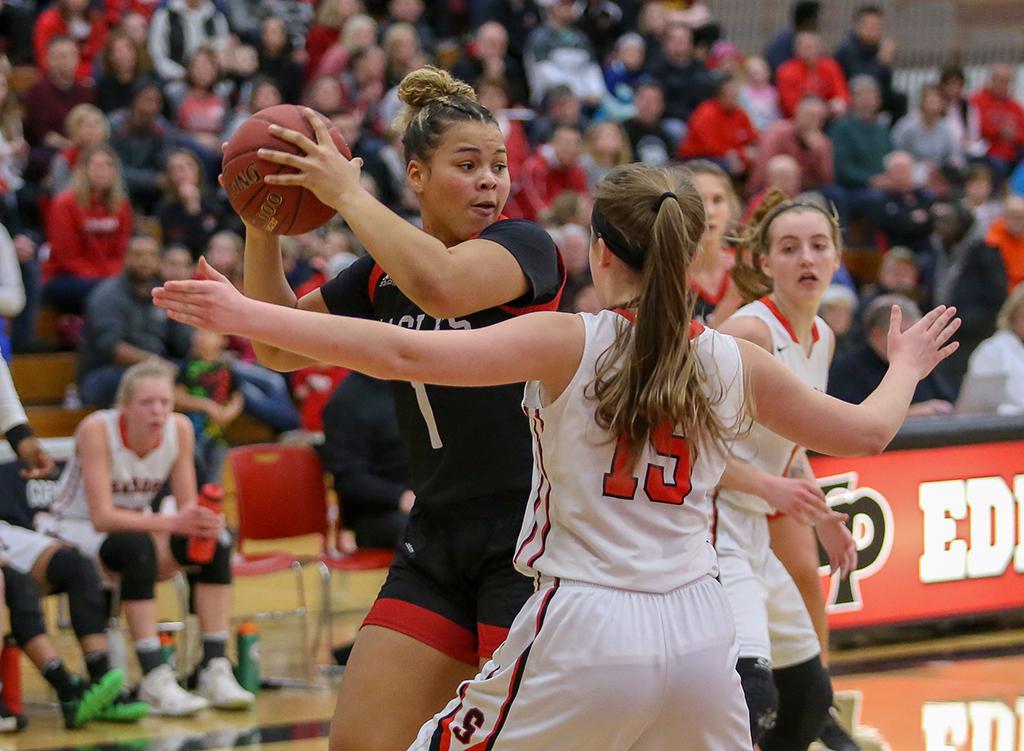 Junior forward Nneka Obiazor (1) looks for an open lane early in the game. Obizaor cut Shakopee's lead to 1 late in but Eden Prairie fell 41-39 in the Class 4A, Section 2 final at Eden Prairie High School. Photo by Cheryl Myers, SportsEngine