The Eagls' Taylie Scott finished with 20 points in a 60-47 victory over Christ's Household of Faith. 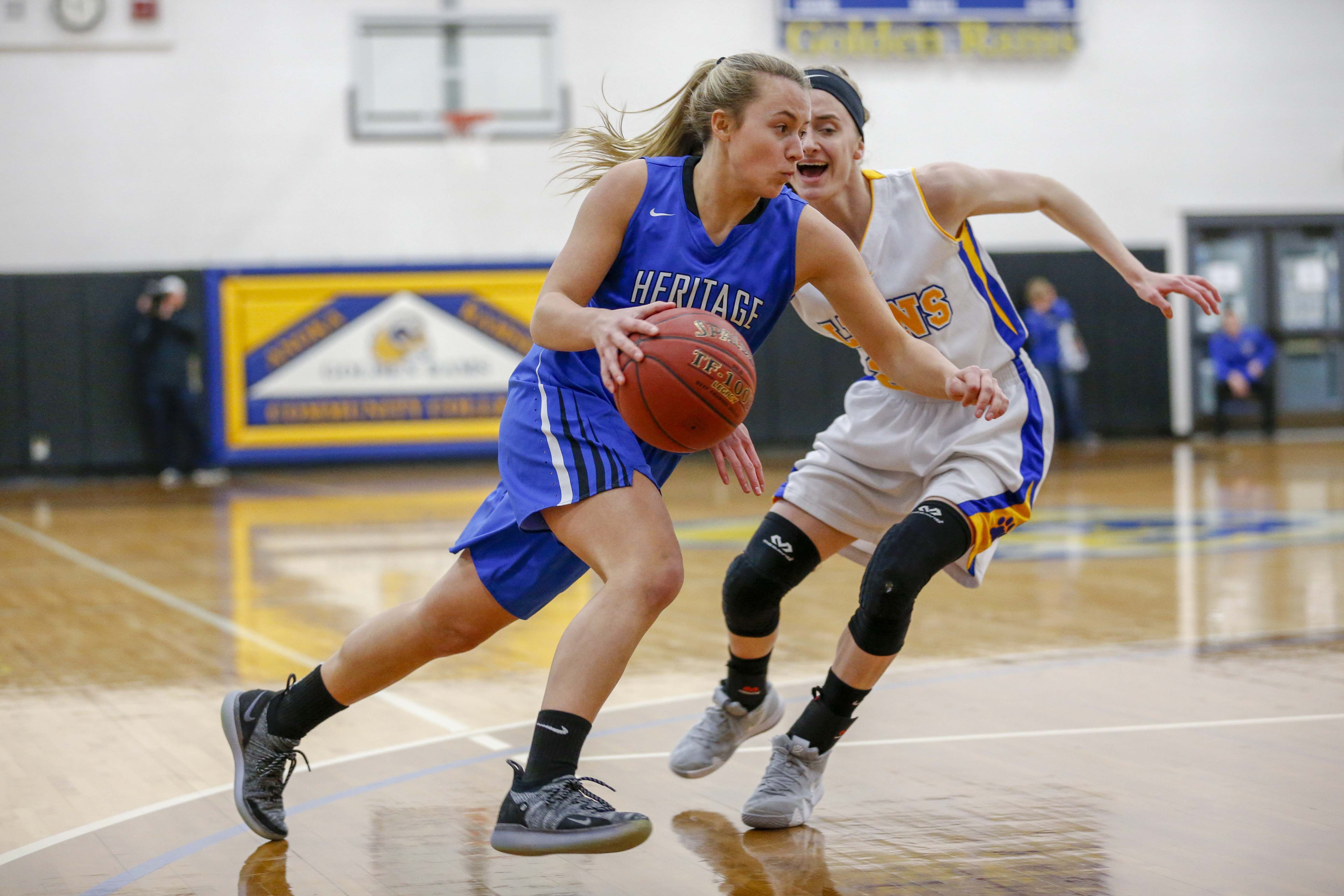 Heritage Christian's Taylie Scott drives to the basket around CHOF's Isabelle Carlson during Friday's Class1A Section 4 Final. Scott finished with 20 points in her team's 60-47 win over the Lions. Photo by Jeff Lawler, SportsEngine

Heritage Christian Academy is going to the girls’ basketball state tournament for the second consecutive year after defeating Christ’s Household of Faith 60-47 on Friday in the Class 1A, Section 4 championship at Anoka-Ramsey Community College.

The Eagles did it by grabbing the lead early and playing efficient basketball.

“Offensively, I thought our girls did a nice job of just trying to run a little bit of clock, and look for layups,’’ Heritage Christian coach Lori Crellin said. “We were looking for layups instead of the outside shot.”

“I think they had just scored, and I was a little frustrated, so I was just like, ‘’K, well my coach said, you know what to do,’ ” Scott said. “So I dribbled up the court and let it fly.”

The Eagles led by 10 or more points for all of the second half.

Heritage Christian Academy is going to the state tournament for the second consecutive year after winning the Class 1A, Section 4 championship game. 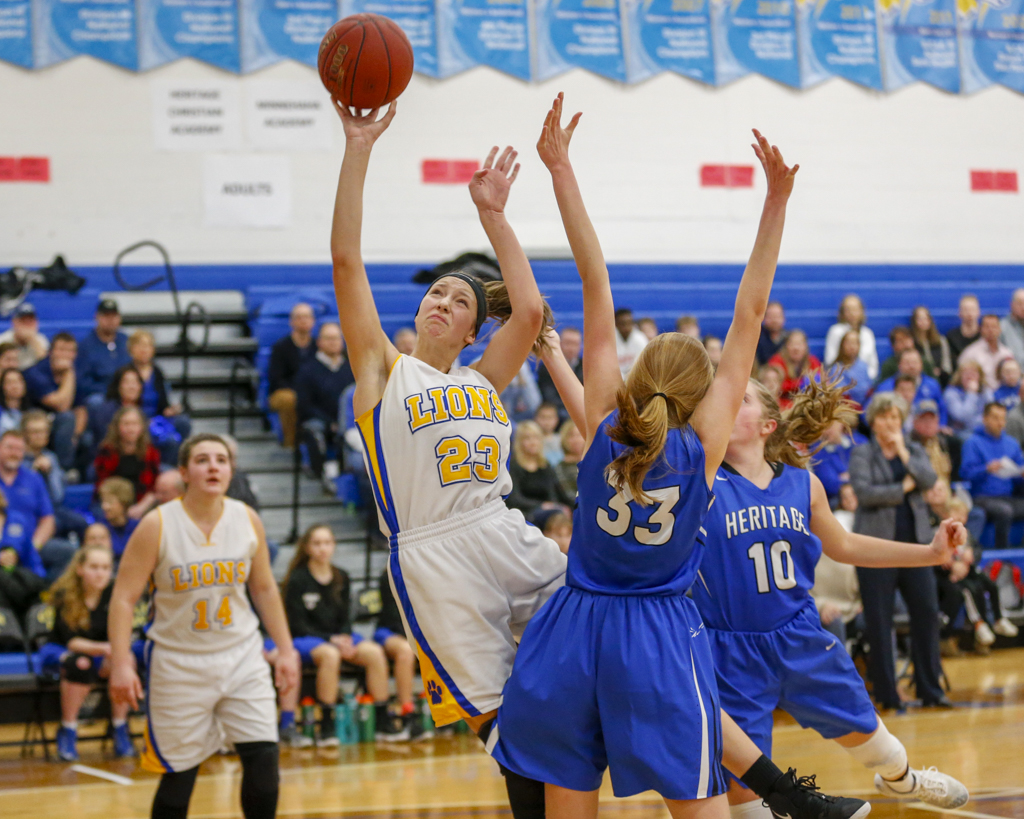 CHOF's Ari Geerdes puts up an off balance shot under pressure from the Heritage Christian Academy defense. The Lions fell to the Eagles 60-47. Photo by Jeff Lawler, SportsEngine